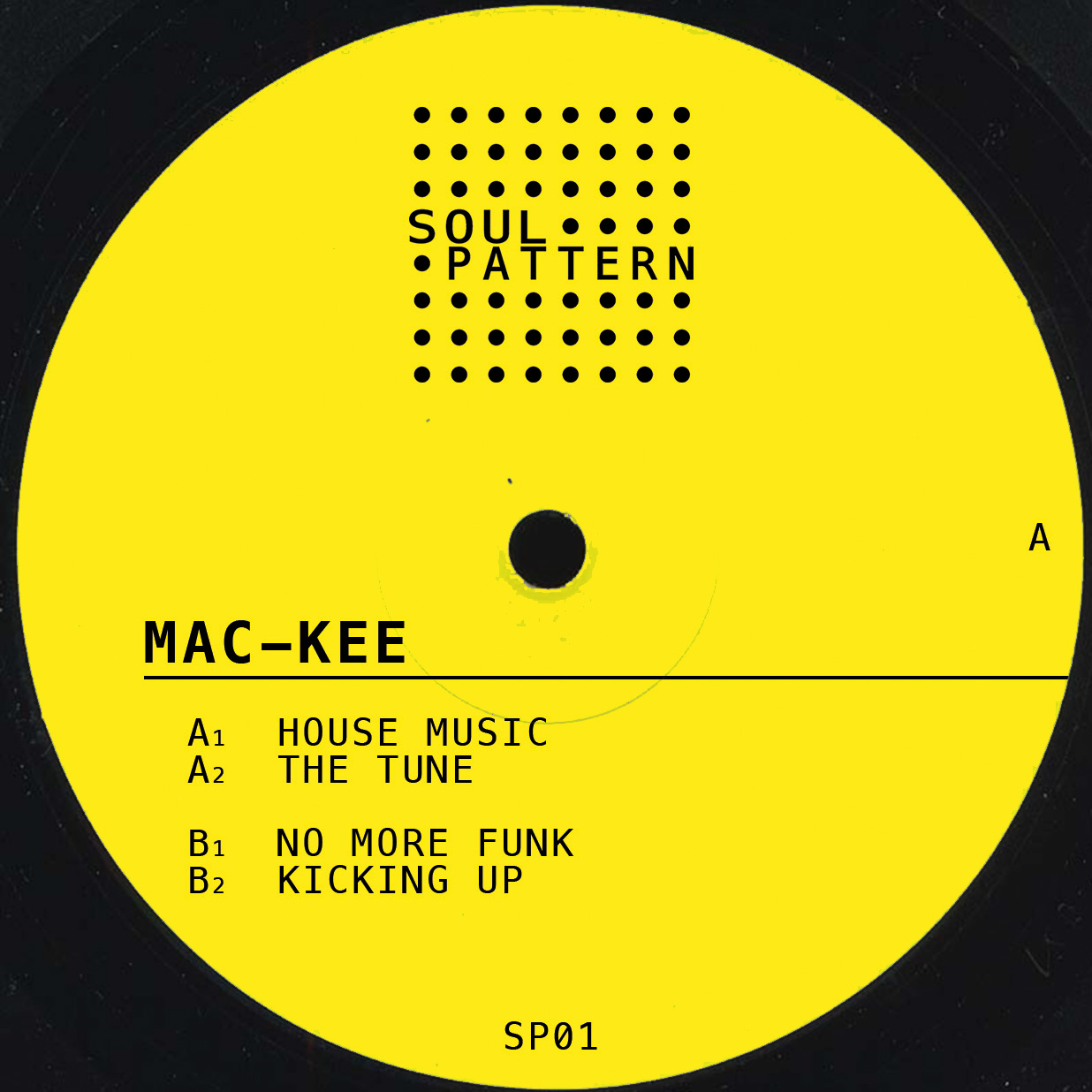 Later November 2017 will see the launch of Soul Pattern with Mac-Kee’s ‘No More Funk’,
comprising four original compositions from the German artist.
Naumburg/Saale, Germany based producer Mac-Kee has a long standing in the electronic music
scene on his home turf, DJing since 1992 and running his own club Axis in the late nineties firmly
cemented his position in scene before going on to run his E-GROOVES radio show and launching
his DIRTYDRIVESOUNDS imprint in the early 2000’s. He has since gone on to release material on
Berlin’s Beste Freunde, sub-label of Beste Modus, and here we see him delivering the inaugural release for his new imprint, Soul Pattern.
Taking the lead on the package is ‘House Music’ and as the name would suggest Mac-Kee
delivers classic slice of house fuelled by murky chord stabs, chopped vocal stutters and a New-
Jersey swing on the percussive elements. ‘The Tune’ follows and retains a smilar aesthetic with
shuffled drums, dubby stab sequences and low-pitched vocal shots.
Title-track ‘No More Funk’ opens the flip-side of the record, taking a more stripped-back approach
this time round Mac-Kee fuses minute percussive hits with smooth Rhodes, intricately programmed
vocal hooks and rumbling subs before ‘Kicking Up’ closes out the package with call and response
spoken word vocals, airy synth hits and dynamic drums.
Mac-Kee’s ‘No More Funk’ is out on Soul Pattern 30th November 2017.